Fluid Contact Finder (FCF), formerly known as Common Contour Binning (CCB), is used to detect subtle hydrocarbon-related seismic anomalies and to pinpoint gas-water, gas-oil and oil-water contacts. FCF uses the power of stacking to enhance such anomalies. Consider a structure filled with hydrocarbons. All traces that penetrate the reservoir at the same depth will in principle sample the same hydrocarbon column length. In other words for these traces the imprint of any hydrocarbon effect on the seismic response will be similar. Such traces are located along the same depth contour line. So, if we stack all traces along the same contour line we can expect the hydrocarbon effect to increase while stratigraphic variations and random noise will be canceled out. 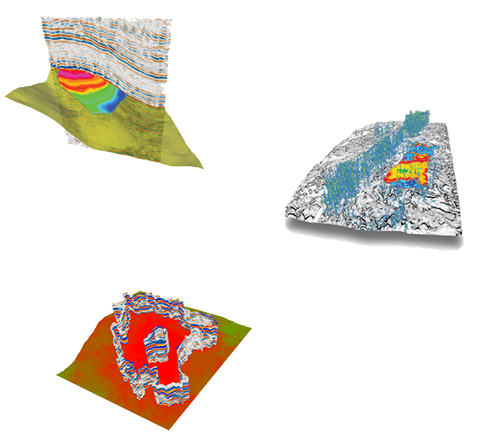 The ideas behind FCF originate from Jan Gabe van der Weide and Andries Wever of Wintershall Noordzee BV. dGB developed the CCB plugin on behalf of Wintershall who is the intellectual property holder and who granted dGB the right to commercialize the technology.